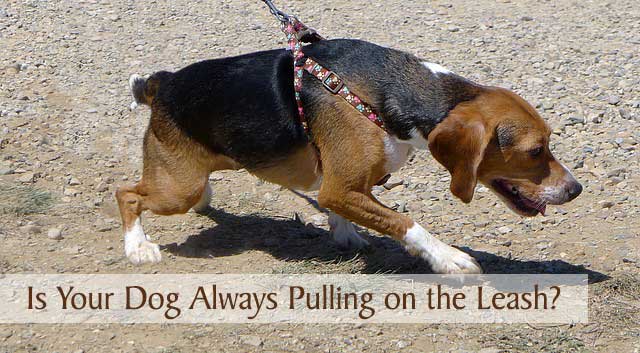 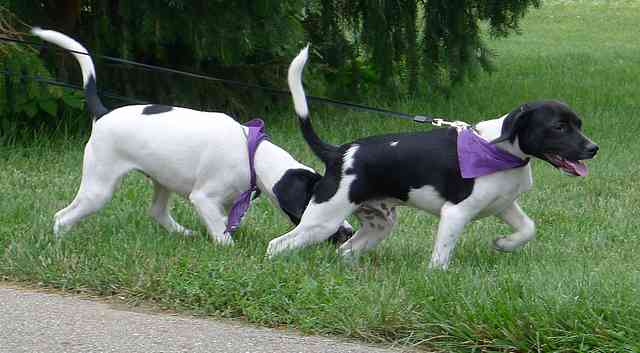 Mistake #1 – Distractions
As a puppy, Haley walked nicely beside me when we practiced inside the house, but walking outside was a completely different story. I didn’t realize that she needed to be trained gradually in different environments with increasing distractions. After working in the house, I should have moved to the yard, then to a quiet park with very few people, etc. You get the picture. I was expecting too much from her to go from a quiet home environment to a busy street with many people and dogs.
Mistake #2 – Energy
I underestimated how much energy Haley had. She’s a very high-energy dog and it’s nearly impossible for a dog with excess energy to focus on training. I should have exercised her or played with her before going outside for leash training. A tired dog is less likely to pull hard on the leash and more likely to be interested in those yummy treats in your pocket.
Mistake #3 – Excitement
I didn’t fully understand the role of excitement in training. Not only is Haley high energy, but she’s also a very excitable dog. Even after strenuous exercise, the anticipation of experiencing all the sights, sounds and scents of the great outdoors caused her to pull on the leash with a lot of force. It’s almost impossible to train an overly-excited dog because you simply can’t get or keep their attention. I should have taken the extra time to train good door manners and to make sure she was calm before heading out the door or getting out of the car and I should have waited for her to relax more before trying to train her to walk nicely on the leash.
Mistake #4 – Persistence
Even though I tried many different loose leash walking techniques, because I didn’t fully understand all the factors that caused Haley to pull, frustration set in and I eventually gave up. I settled for less pulling instead of no pulling. It takes a lot of patience to train a dog to not pull on the leash, especially with a high-energy, excitable dog, but I gave up too early and settled for pretty good behavior. 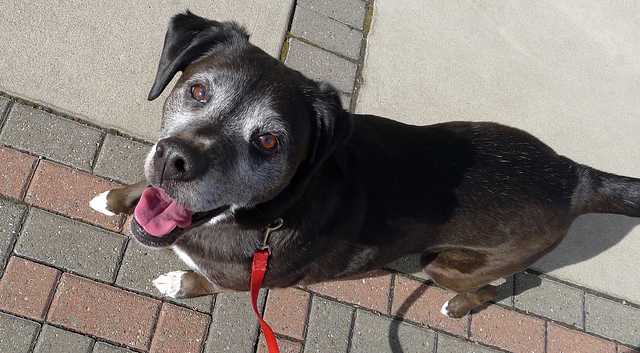 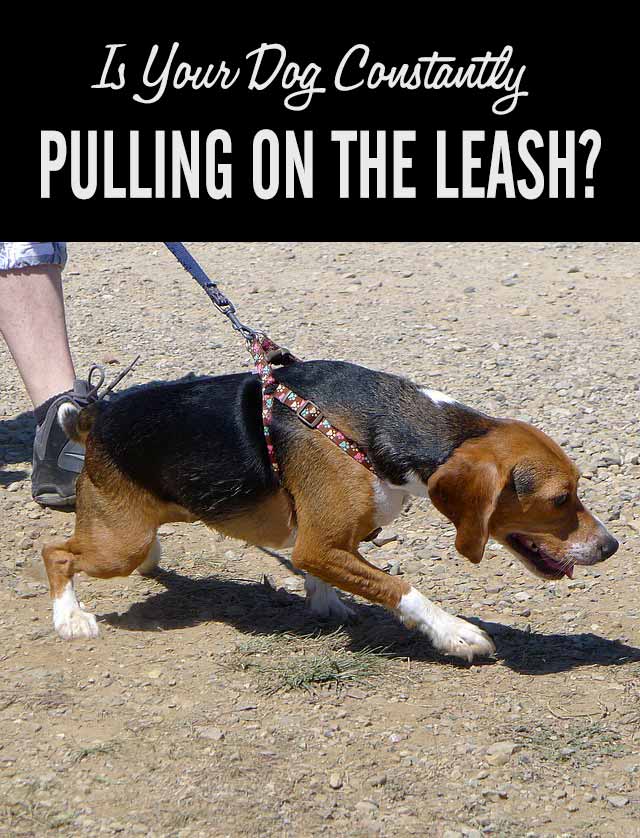 46 Comments on “Is Your Dog Always Pulling on the Leash?”