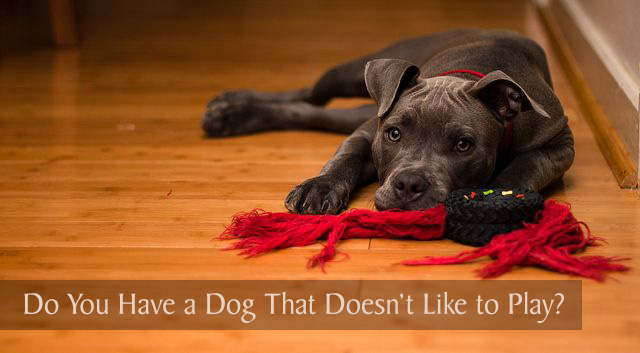 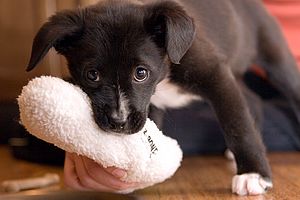 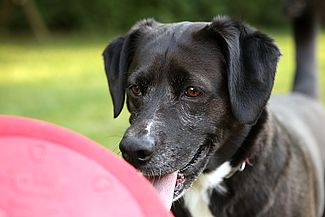 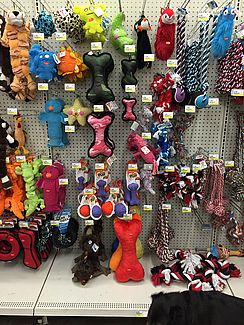 1. Start off slow.
If your dog is timid or fearful, work at a slow pace so he’s not overwhelmed. Always keep the play sessions light and positive.
2. Use stuffed Kongs.
Food-stuffed toys are a great way to make a positive association with a chew toy. Put something tasty, such as a little peanut butter, on other toys to attract your dog’s interest.
3. Have a positive play attitude.
Be enthusiastic and excited to play with your dog but try not to be overwhelming. Use the right tone of voice to encourage interest in playing. Heck, why not even try to initiate play with your own play bow.
4. Show interest in a toy.
If you play with and act very interested in a toy, your dog may come to investigate. He may think he’s missing out on something good and decide to play with the toy.
5. Rotate your dog’s toys.
Buy a variety of toys but only give your dog a few at a time. Rotate them occasionally to ensure they stay interesting.
6. Experiment with different play styles.
Every dog has their preferred methods of having fun but try different ways of playing to see if you can engage your dog. Dogs get bored, so look for inventive ways of playing.
7. Get things moving.
Movement will usually trigger a dog’s chase drive and they love scrambling after something like a rope toy being dragged across the floor or a toy tied to the end of a flirt pole. Animate your dog’s toys by lightly teasing your dog to peak their interest.
8. Play fair.
Don’t play in a way that frustrates your dog or he’ll likely lose interest in playing with you. Light teasing with a toy to get his attention is good, but don’t play extended keep away or grab toys out of his mouth.
9. End the play session if your dog gets over-excited.
Games like tug-of-war or wrestling can cause some dogs to get pretty riled up. Growling is normal, but if you sense your dog is getting too worked up or he’s playing too aggressively, have him drop the toy and take a break from the action.
10. Control the game.
Don’t continue playing until your dog is exhausted or loses interest. Stop the action a little early while he’s still interested to make him excited about playing with you again next time. 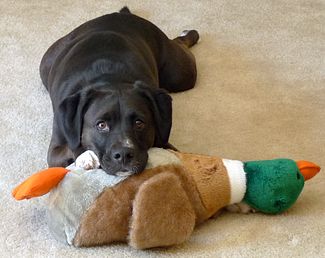 78 Comments on “Do You Have a Dog That Doesn’t Like to Play?”