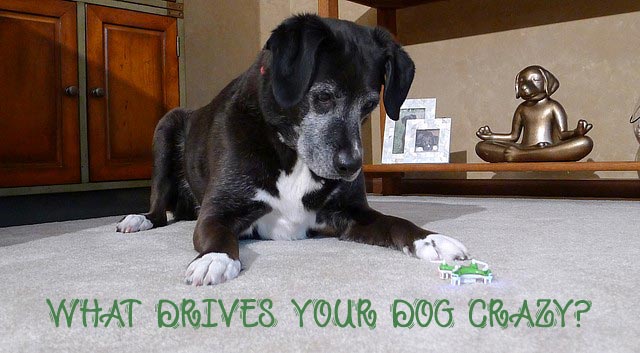 For Haley, there’s not just one thing that drives her crazy. She goes into overdrive with bugs, balloons, bubbles and beach balls. No, it’s not that she can’t control herself around objects that start with the letter “B”, it’s objects that fly through the air that send her into a frenzy.

Here are the latest flying objects that challenge her self-control. Quadcopter Drones!

I have to admit, I’m not a big fan of drones either, especially the large drones that some intellectually challenged people fly around airports or others use to invade people’s privacy. The small quadcopter drones are kind of fun but dogs tend to chase them because they look, sound and move like bugs and after reading the articles below, I can see why dogs might have a few more reasons to hate drones.

Will Drones Replace Dogs Down on the Farm?
Why We Stand Against Drone Dog Walking
Drones, Dogs and the Future of Privacy
Drones: The New Dogs

Drones are the new dogs? Really? Okay, that last article was a more humorous take on drones and dogs. The truth is, it’s not all bad news when it comes to the relationship between canines and those hovering UAVs. Here are a few positive ways they work well together.

Positive Ways Dogs and Drones Are Working Together

If you watched the video in the last link, be sure to visit samedaypups.com and click around a little. You might be surprised what you find there.

I guess drones can be both good and bad for dogs, but since Haley gets so obsessed with the nano and mini versions, she’s going to have to be satisfied with limiting her chasing skills to the occasional housefly that manages to make it through the backdoor. Surely Haley’s not the only dog that gets a little nutty sometimes. What drives your dog crazy? 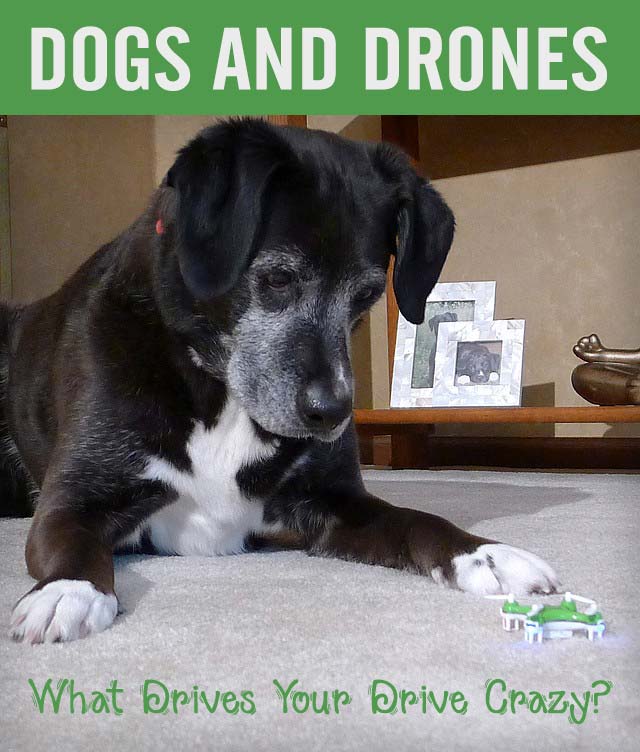 45 Comments on “What Drives Your Dog Crazy?”