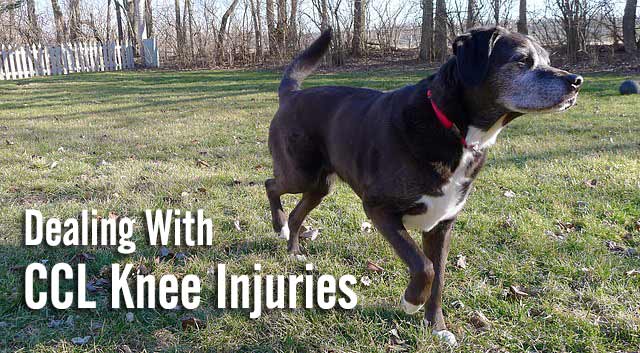 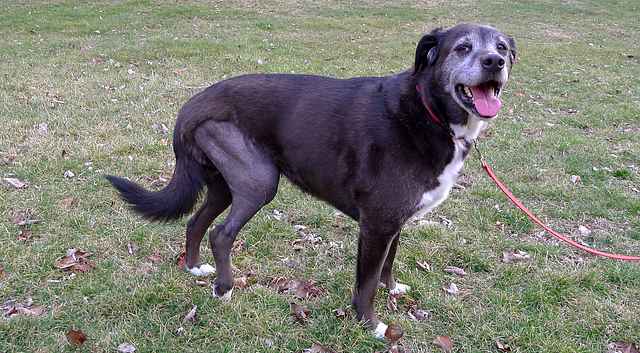 10 Tips for Helping Your Dog After CCL Surgery

1. Sleeping Arrangements
Consider sleeping near your dog for the first few nights after surgery. We camped out in the family room with Haley so we could comfort her and help her get up and lie down when needed. We also moved her food and water bowls into the room so she wouldn’t have to walk very far. You probably won’t get very much sleep those first two nights, so be sure to catch some zzz’s whenever your pup is napping peacefully.
2. Addressing the Whining
There will probably be some whining and whimpering during the first 48 hours after surgery. It’s usually related to pain, but it can also mean your dog needs to go outside or they’re hungry, thirsty or cold. Bringing Haley a bowl of water or a little food or even covering her with a blanket would often stop the whining and she would go back to sleep and rest awhile longer.
3. Baby Gates
A few carefully placed baby gates makes it easy to provide enough confinement without resorting to using a crate. I was really concerned that Haley might try to jump up on our bed at night and reinjure her knee, especially once she starts feeling a little better. I used a couple of baby gates and zip ties to create a makeshift pen that secures her but still allows her to stay close to us at night. 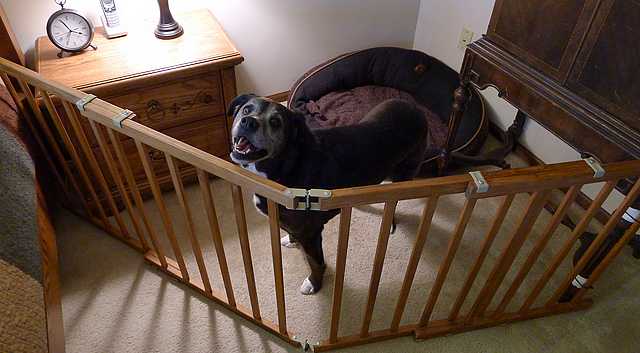 4. Ice Packs
If you don’t have a ice pack in your freezer, a bag of frozen peas works perfectly. It forms well around the knee joint and can be reused over and over again.
5. Slings
You may have to carry your dog up steps for a while and if you have a larger dog, a sling makes the job much easier. A sling can also be useful to support your pup when they go to the bathroom during the first few days. A thin towel folded lengthwise and looped under their belly works well or try this clever idea from Jen at My Brown Newfies.
6. Make a Schedule
Between giving various pain pills and medications at different intervals and icing and warming the knee joint several times a day, it can be easy to forgot something unless you have a written schedule. Put the schedule on your refrigerator so everyone can help keep an eye on what needs to be done. It’s especially important to stay ahead of the pain by remembering to give each dose of pain medication on time.
7. Potty Pads
It’s not uncommon for some dogs to have an accident after surgery because it’s hard for them to get up and they may be slightly sedated from the pain medicine. Disposable absorbent pads can help protect carpet or your dog’s bed and they make clean up quick and easy. Luckily, Haley didn’t have this issue but it’s always good to be prepared.
8. Slippery Surfaces
Try to keep your dog off slippery floors until they start putting weight on the injured leg. It’s pretty easy for them to lose their footing while hobbling around on three legs and it’s also harder for them to get up from a resting position if they happen to lie down on a slick floor. We’ve tried several types of paw traction products recently, from booties and socks to toe grips and paw wax, but none have worked very well for Haley.
9. Watch the Backend
Monitor what’s coming out of your dog to make sure they aren’t having an issue with their pain medication. Haley had a problem with loose stools but when we started noticing blood in her stool, our vet had to change one of her pain meds and we needed to add a probiotic and a daily dose of raw pumpkin to help get her back to normal.
10. The Dreaded Doorbell
I’m so glad my son mentioned this tip because I probably wouldn’t have thought about it until it was too late. If your dog tends to spring up and run to the door when the doorbell rings, it’s a good idea to disconnect it while they’re recovering. Thanks, Cody! 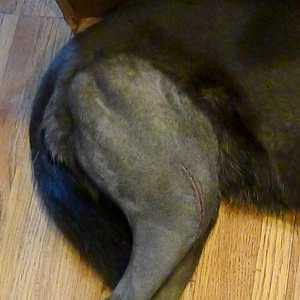 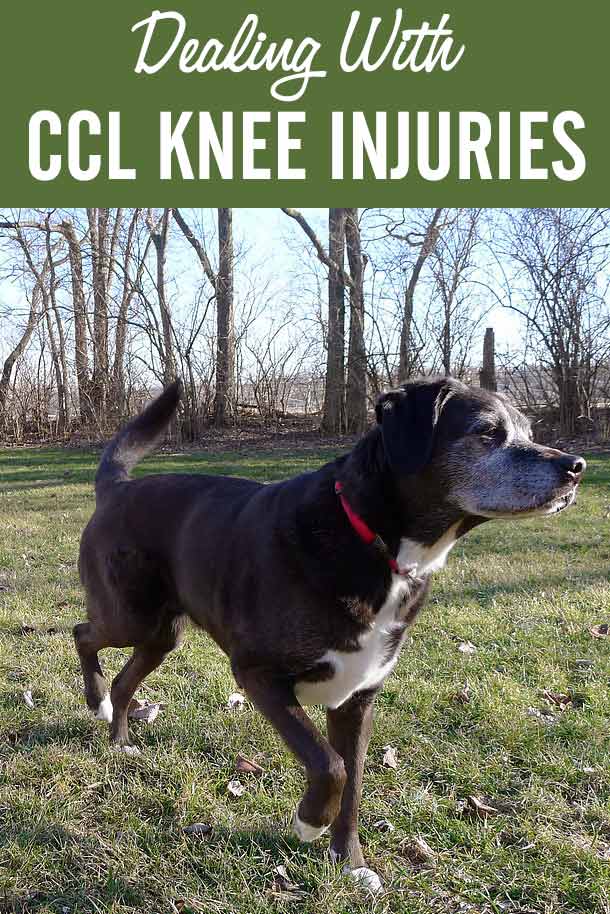